Each year our Girls Volleyball team hosts a Pink Night came for Breast Cancer Awareness. The girls honor and remember their family and friends who are affected by breast cancer. Before the game members of the team shared some words about why this night is important. 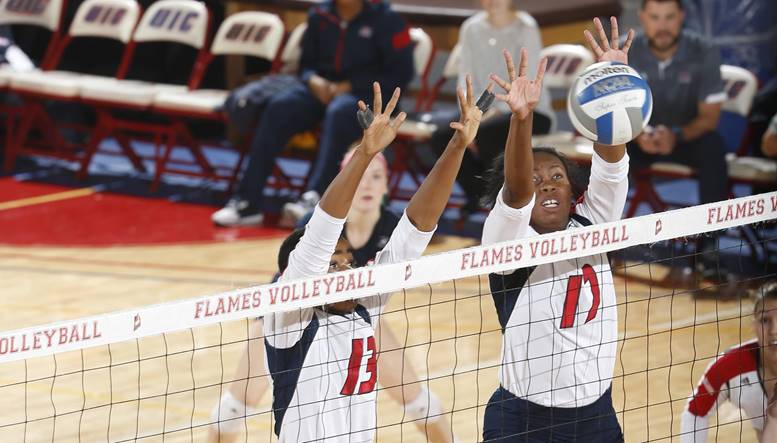 9/27/19: Friday night was College Night for the Cristeras! This year the University of Illinois at Chicago (UIC) was the destination. The trip was fun for all and the team was treated to an exciting match that went a full 5 sets long. They even ran into two Cristo Rey Alumni who recently made the UIC Men’s Volleyball Team. This is very exciting news for our volleyball programs! While our school is dedicated to preparing students to attend and excel in college, it is extra special when we see that they are able to compete in athletics at the collegiate level.

The 2019 season allowed the Girls Volleyball team to travel to Indianapolis where they played a friendly match against our sister school, Providence Cristo Rey, enjoyed fellowship over lunch and spent some time seeing the sights. 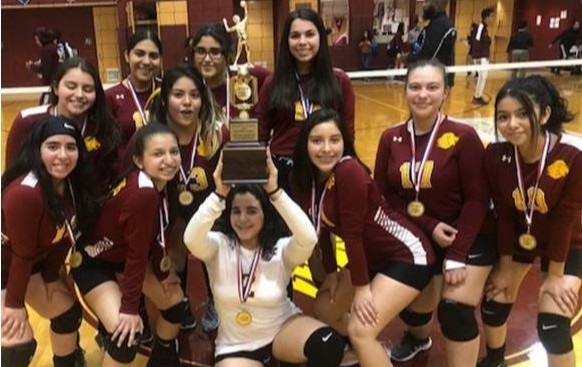 The Girls Volleyball Team had a successful season both on and off the court. They went undefeated in regular season conference games, winning the championship trophy. The match of the season was on the road at Walther Christian where the Cristeras battled for three sets to earn the victory over the Broncos in a gym packed for Pink Night. After regular season, the Cristeras went on the win the IHSA Regional title. Other highlights from this season include the friendships tendered during the sisterhood activities that are a part of the Queens of the Court tournament between CR network schools. Schools come from as far as Cleveland, OH to compete! A team favorite is always the team’s annual volunteer service event at Misericordia. We are proud of our Cristeras, this years: